What are developers getting paid in Germany? Yeah, we also wanted to know! We analysed 13,000 data points to find out. Here's what we found. 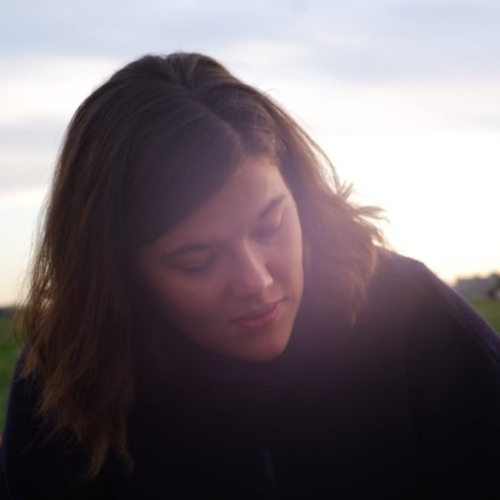 When we conducted our Developer Happiness Index, we found that developers in Germany are the eighth happiest in the world. Now we’re back with an equally important question: how’s the pay?

A developer’s salary is influenced not just by their years of experience but also by their tech stack and role—not to mention the company they work for. With all these variables, it’s not particularly easy for developers to know how much they’re worth.

We analysed data gathered over the past five years to understand what developers can expect to earn throughout Germany based on factors like role, experience and location. We also uncovered a few surprises about how COVID-19 has (and hasn’t) affected developers.

When COVID-19 first hit Europe, “business as usual” was completely disrupted, but the virus doesn’t seem to have impacted developer salaries in Germany. However, it has slowed hirings. Compared to 2019, there was a 37% drop in developer hirings from March to April in 2020.

“2020 wasn’t easy, and it’s easy to focus on the downturns that happened. Fortunately, we do have some good news. Developer salary has, in fact, continued to steadily increase over the last five years from €50k to €63k. Salaries even grew in 2020. Furthermore, the initial drop in hirings that occurred at the start of the pandemic has quickly returned to an upward trend as businesses continue to adapt.”

Breakdown of developer salaries in Germany

On average, junior developers in Germany earn around €53k while those with over 6 years earn €70k.

“When you think of tech in Germany, you probably think about Hamburg, Berlin and Munich. Munich in particular is considered by many to be the top tech city in the country. However this is not exactly reflected in the salaries. In fact, we found that Berlin offers salaries competitive to cities like Munich. Along with its low cost of living, Berlin is a particularly attractive city for developers looking to relocate or start their career.”

It’s not easy to pinpoint exactly what lands someone an interview invite. However, we can analyze the exact technologies of the developers who are getting invited. That’s how we found that 11% of developers who received an interview invite work with Javascript, though this is not necessarily the tech stack associated with the job. We also found 30% of job listings asked for ReactJS, followed closely by Java and JavaScript. However, it seems each city also has its particular tech preferences.

"JavaScript is probably the most commonly used and fastest growing language, which is partly due to its agility. JavaScript is popular in frontend development but can also be used to work on the backend. In addition, there’s a wide range of frameworks and libraries for JavaScript (such as React) that help developers  create complex applications. So it's no wonder that JavaScript and React are among the most sought after technologies within developers."

Berlin offers developers the biggest bang for their buck

A Düsseldorf salary probably won’t cut it for a developer living in Munich. Before making a move, developers need to consider the cost of living—that means everything from groceries and travel to big picture costs like taxes and apartment rentals. We compared the average developer salary to costs of living around Germany to find out how developers fare in different cities.

For most developers in Germany, location and language won’t play a huge role in the salary offered. In fact, experienced developers located outside of the EU often receive higher salary offers than those located locally.

However, developers living in Germany are more likely to receive an interview invite than those living in another country. This is likely because particularly important and niche roles can be tough to fill locally. For these roles, companies are more likely to look to non-EU developers who have more experience and command higher salaries.

“It’s no secret that there’s a shortage of developers in Germany. With technology growing so quickly, companies are struggling to find the right talent—and Germany is no exception. We’ve found that companies who look beyond country borders, or even outside the EU, are tapping into all new sources of talent that, as the data shows, are clearly worthwhile.”

“Our study also uncovered that developers living in Germany (with 0-6 years of experience) end up with a 6% higher salary offer than they were expecting. This is a great win for developers and shows that many companies are happy to pay more for the right talent.”

We found that women are consistently offered lower salaries than their male counterparts. On average, female developers in Germany earn €60k and male developers earn €64k.

Tiny startups offer lots of perks but big salaries are not one of them. Overall, companies with 1-10 employees tend to offer the lowest salaries (€60k on average) while those with 10k+ employees offer the highest (€68k). However there isn’t much variation in developer salaries for companies with 11-10,000 employees.

Now go forth and share what you've learned! We hope you have a better idea of what to expect in regards to developers salaries in Germany. For more reports, videos, interviews and insights, sign up for our fabulous newsletter below. 👇